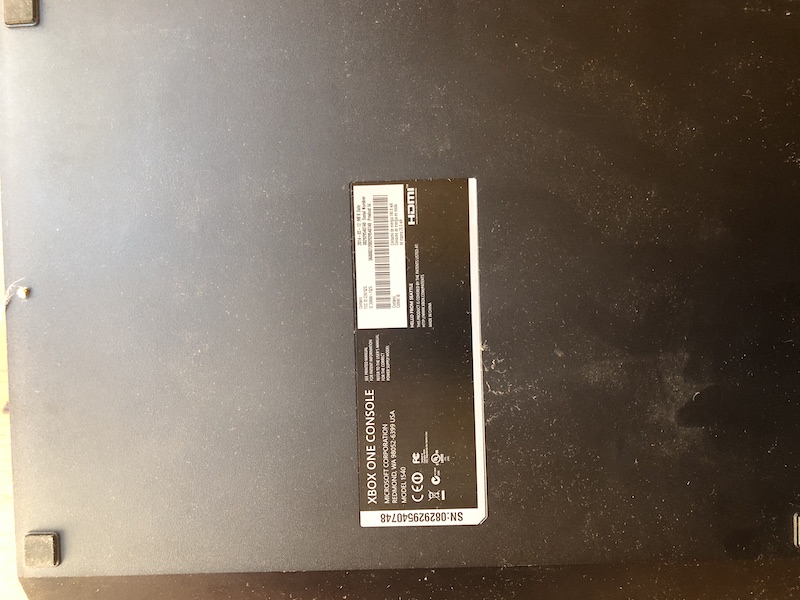 It’s tempting to call this an autopsy, but I wasn’t seeking information. A few months ago my Xbox One flat-out stopped working, no power . . .sort of. It had served about five years, so it had a good run.

The only real setback was that I’d been planning to buy an Xbox One Series X – the new model – but this died a few months before that was released, and I decided I couldn’t wait. I got the full-featured replacement, which is physically smaller, and white, and have been using that since.

Honestly I’m happy to take old tech to the recycle bin when the time comes. In this case, there was a disc stuck in the drive, and I wanted to retrieve it, even though I ended up just buying the game digitally, so I could play without a disc. My curiosity was piqued, so I kept the old ‘box around to take apart one day.

Now, I’ve had a fair amount of experience taking apart hardware, having worked in college and a few years after as a technician taking apart computers, mostly Macs. However, I’ve never taken apart an Xbox, so I looked it up and went with this guide.

Basically the power would not pass through. I tried another adapter, and cable; the machine was dead. The only sign of life would be that it would make a startup sound and try to eject the disk, but it wouldn’t, not even enough to grab with pliers.

I took it apart on my dining table.

I relied primarily on my T drivers, though I didn’t have one size that was recommended; I got by without it. I also used my Gerber folding knife to pry when needed.

With the plastic off, I could open the metal case inside. The trick about the plastic is, there is a ribbon cable running from the front buttons back to a simple card; yank the case off, you’ll break the ribbon cable.

I took out the wifi card. It sits outside the internal metal case. Who knows, maybe that will come in handy one day.

Lo and behold, the disc was accessible.

Probably not going to get much more use out of it though. It was sketchy before this whole adventure started.

From here, this looks like any other desktop computer. There’s a logic board with a sizable processor covered by a fan (or processors, given it’s a gaming console). There’s the optical drive, and bottom right, the hard drive.

I’m keeping the hard drive too. As far as I know it’s still good, and if I buy an enclosure for it, I’ve got a 500GB hard drive I can use.